Ivy Shiue, Senior Research Associate at Northumbria University comments on lifestyle changes that can affect our health in old age.

Life expectancy across the world is growing, but the number of those extra years in which we’re healthy is not rising at the same rate. This adds to the demographic time-bomb of a greater number of older people suffering from ill-health. Yet, according to the Global Burden of Disease study published in the Lancet, of the top ten health risks most are lifestyle-related and within our power to change.

A surprising fact is that, nowadays, fewer than 4% of people are completely free of any health problem, with more people living with chronic and under-reported illnesses. The number of years lived with disability have increased in almost every country, attributable to the growth of chronic diseases such as cardiovascular and respiratory diseases, cancer, back pain, mental health disorders, dementia, road injuries, HIV/AIDS and malaria. This has also increased the demand for care.

A comparison of years of life lost between regions of the UK, the EU15 group of countries, plus Australia, Canada, Norway and the US, shows that England’s worst affected region – the north-west (with north-east England close behind) – is similar to Scotland, Northern Ireland and the US. The East Midlands is the UK average, equivalent to France, Canada and Germany, while better-off regions such as the south-west, south-east and London are closer to Spain, Australia and Norway.

Rates of years of life lost (YLLs) for both sexes combined in the nine English regions, Scotland, Northern Ireland, Wales, the EU15 countries, Australia, Canada, Norway and the US (2013). Newton et al\The Lancet, CC BY

Factors within our control

We could live longer and healthier if we tackled the main health risks that affect us. Globally, the leading ten risks are smoking, obesity, high blood pressure, diabetes, alcohol use, high cholesterol, kidney disease, low physical activity, diets low in fruits and vegetables and drug use. These are drawn from 79 biological, behavioural, environmental and occupational factors.

The list is similar in the UK, with smoking, high blood pressure, obesity at the top and low physical activity also ranking highly, comparable to Australasia, Ireland and the US. Among developed countries there is some variation: alcohol use is a bigger problem in Belgium, Denmark, Finland and South Korea, while smoking is less of a problem in Finland, Israel and Singapore, for example.

The same is true within the UK, where Wales scored worse in physical activity but better in blood pressure, or where drug use was a greater problem in the south-west, south-east and the east of England than elsewhere. As the chart below shows, of metabolic (biological), environmental, or behavioural (lifestyle) factors affecting health, it is lifestyle factors that carry the most weight.

Proportion of disability-adjusted life years lost in 2013 attributable to behavioural, environmental and metabolic risks and where they overlap (marked by ∩). GBD 2013 Risk Factors Collaborators/The Lancet, CC BY

We are now entering an era when fighting for funding to tackle a single disease in isolation is no longer effective. Health problems tend to cluster from childhood to adulthood and then around the end of life. They also share both biological and environmental risks.

Current prevention and interventions programmes and social and health policies aimed at reducing the leading risks might have limited effects. Instead, we should focus on the context and mechanism of actions of these risks. We, therefore, need to restructure human society in each country, with systematic examination and improvements in every aspect of human life including politics, the occupational (for example, more healthcare and less business; shorter working hours with lower unemployment rates), the built environment (including housing and neighbourhoods renewal, the transport system, etc), consistent culture, education and parenting, hobbies and so on. This is the grand challenge that faces us in the next decade.

healthresearch and innovationcommenthealth and life sciences

​People in the UK are living longer but are coping with more medical ailments causing illness or disability in their older years, according to a major new international study published in The Lancet today. 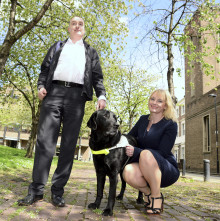 Older people with visual impairments are participating in a major study looking at how exercises can help to prevent falls.

A national research trial has been launched to see if patients can benefit from a structured exercise programme before and after major abdominal surgery for colorectal cancer, also known as bowel cancer. 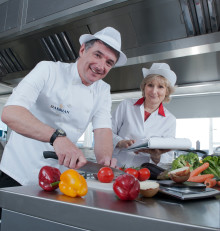 Nutritional expertise at Northumbria University, Newcastle has helped enhance the menus of a prestigious care provider. 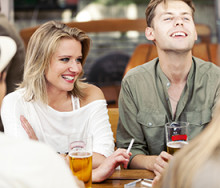 Smoking is the number one cause of death in the UK – which has also seen an increase in deaths due to alcohol use – according to a new global study published today in The Lancet (Friday 11 September). 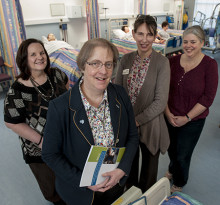