Hannah Furness, a Senior Lecturer in the department of Architecture and Built Environment, received the award at the recent RICS Matrics Young Surveyor of the Year Awards. The academic has been at Northumbria since 2011 after six years spent working in industry and teaches on BSc Real Estate, MSc Real Estate Management, and MSc International Real Estate Management. She was one of three women to pick up awards at the prestigious RICS ceremony held in London last week.

She said: “I was very honoured to be named as Mentor of the Year, as I am passionate about supporting and encouraging students and trainees from all backgrounds to realise their full potential and to widen participation in the profession.

“I am humbled to be recognised in this way, and I hope that my award will inspire others to think about the positive impact that they can have to nurture and develop future talent.”

The RICS has 75,426 qualified chartered surveyors’ as members in the UK and Ireland, but only 13 per cent are female. To address this imbalance, RICS launched the Inclusive Employer Quality Mark in June, a new initiative to make the land, property and construction sector more inclusive and diverse. So far, more than 70 organisations have signed up to the charter and at the recent RICS awards a number of the top prizes, including the prestigious Quantity Surveyor of the Year award, were won by women.

Hannah’s colleague Becky Thomson, Director of International Development and Recruitment for Engineering and Environment at Northumbria, said: “Hannah was pitted against other surveyors from the leading private practice firms across the UK and we are very proud that she fended off the competition and represented the university so admirably at a national level.

“RICS judges were impressed with her ‘passion and tireless commitment to encourage and inspire those in the industry as well as those interested in pursuing a career in the property profession’. Well done, Hannah!”

James Baker, Chairman of RICS Matrics, said: “The calibre of entrants this year made the judging process particularly difficult. The judges and I were hugely impressed and inspired by so many of our industry’s young professionals who are actively improving and advancing the built environment around us. I would like to say a huge ‘well done’ to all of the winners.”

RICS Matrics was first established 127 years ago as a networking and support group for those with ten years or less experience in the industry. Today, RICS Matrics groups operate across the UK, with the inaugural RICS Matrics Surveyor of the Year Awards launching in 2014. For the full list of winners from the awards click here. Northumbria is the only UK University to have Architecture, Building, and Land and Property Management, all in the Top 13 in the Complete University Guide. The University’s Architecture and Built Environment courses hold a number of professional accreditations, including the Royal Institute of British Architects (RIBA), the Royal Institution of Chartered Surveyors (RICS), The Chartered Institute of Housing (CIH), and the Chartered Institute of Architectural Technologists (CIAT).

Northumbria offers a range of courses across Architecture and Built Environment. For more information about studying one of these courses sign up to one of our upcoming Open Days at www.northumbria.ac.uk/openday 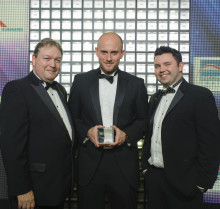 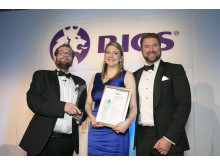