The co-founder of Reframed.tv, a social video concept, reflected on a ‘rollercoaster’ 13 months as a new start-up in the North East, during a session on ‘Women and Entrepreneurship’.

The event was organised by NUovo, Northumbria’s Entrepreneurs’ Society and hosted at the Design School.

Reframed.tv has just won Best New Business at the North East Woman Entrepreneur of the Year Awards 2014, which is organised by the Women’s Advisory Board. The business was created by Jo, and her co-founder Kev Price, to make video truly social by allowing its users to sync their comments to exact moments in the video. Jo described Reframed.tv as: “Acting as the glue between social interactions and broadcasters”.

Jo provided some valuable advice to those who attended the session, leaving the room inspired and motivated.

Stressing the importance of role models, she said it was crucial to surround yourself with the right people. Growing up in an entrepreneurial household, Jo benefitted from this immensely, going on to work with her Father during her placement year while at University.

Jo said: “You learn a lot more than course material at University. I learned how to programme computers here but I also had a great lecturer who brought energy to the course and made me question why I was doing things, something which is important to do in business. University also teaches you about the softer skills, like how to articulate your ideas clearly to others”.

When asked about her recent award, Jo said: “We were thrilled. The award reinforces that Reframed.tv is recognised as a great business initiative and not just a new and exciting idea that people like. We have some great projects coming up.”

The pair have also benefitted from using the technology start-up accelerator network, Ignite. They were one of ten companies picked from 240 international applicants for the intense, three-month programme, where the product really developed.

The team had to prove their business idea was viable in a short space of time and worked hard to test assumptions, network and speak to people.

She advised: “Speaking to people is when you figure out themes. Don’t be afraid of making mistakes, or receiving some harsh feedback, as the lessons learned are worth more. Every day is a school day in the start-up world, where testing your ideas and then improving on it is all part of the process. We are still understanding our fit, 13 months in. Businesses should develop and change.”
Jo and Kev continue to work with the University through the Student and Graduate Enterprise department.

This has provided them with access to professional services, allowing them to make the most of their budget, something which Jo praises highly: “The support from the University has been brilliant and events like today are a great way to share ideas.”

For more information on Student and Graduate Enterprise visit www.northumbria.ac.uk/sgenterprise 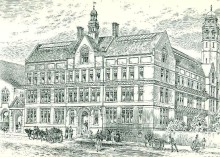 Graduates reunite after half a century

A celebrated Northumbria University alumnus was among a group that reunited on campus during Open Day to celebrate the 50th anniversary of their enrolment.

Taking a twist on traditional degrees as students start-up businesses

Northumbria University, Newcastle has become one of the first universities in the UK to launch a radical new programme in which students spend two years establishing and running their own business. 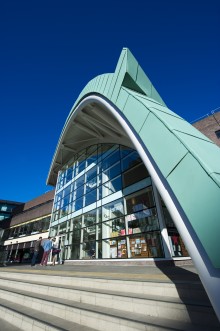 A weekend of celebrations is being held next month to mark the 20th anniversary of Northumbria University receiving its university charter.