Nathan Stephens-Griffin, a lecturer in Criminology at Northumbria University discusses the patterns of criminalisation in relation to protests.

Three men who were imprisoned after blocking access to a fracking site in Lancashire have been released after an appeal, a decision met with joyous relief by campaigners. These anti-fracking activists initially received lengthy prison sentences for “causing a public nuisance” – prompting 1,500 academics to sign a critical open letter in response. Their sentences were quashed as “excessive” by the Court of Appeal on October 17.

But it’s wrong to frame this case as an aberration followed by a simple victory for common sense. In fact, the harsh treatment of these activists fits into a larger pattern through which non-violent protest has been criminalised in the UK.

According to a 2017 government survey, only 16% of the public support fracking – the fracturing of underground rocks, to access oil and gas. Many view it as a high-risk, low-reward practice – and scientific research suggests a link between fracking and earthquakes, as well as risks of water shortages and damage to the countryside. Environmentalists highlight the bigger issues of climate change and the desperate need to adopt alternatives to fossil fuels.

For these reasons, the protesters peacefully blocked a convoy in July 2017 bringing equipment into Preston New Road fracking site in Lancashire. They did this by sitting on top of lorries. Green Party MP Caroline Lucas described the crackdown, which entailed severe 15 to 16-month custodial sentences given to three of the protesters, as “an act of desperation from the fracking industry and the government”. Since then protesters have adopted similar tactics at the site, as fracking started in the UK again on October 15 for the first time since 2011.

Fracking activists often face state repression on the ground. Research carried out at the Barton Moss anti-fracking camp in Greater Manchester between 2013-14 found that despite an overwhelmingly peaceful campaign, the scale and in some instances violent nature of the policing operation undermined the right to peaceful protest. But police incursions into the rights of protesters have extended further. 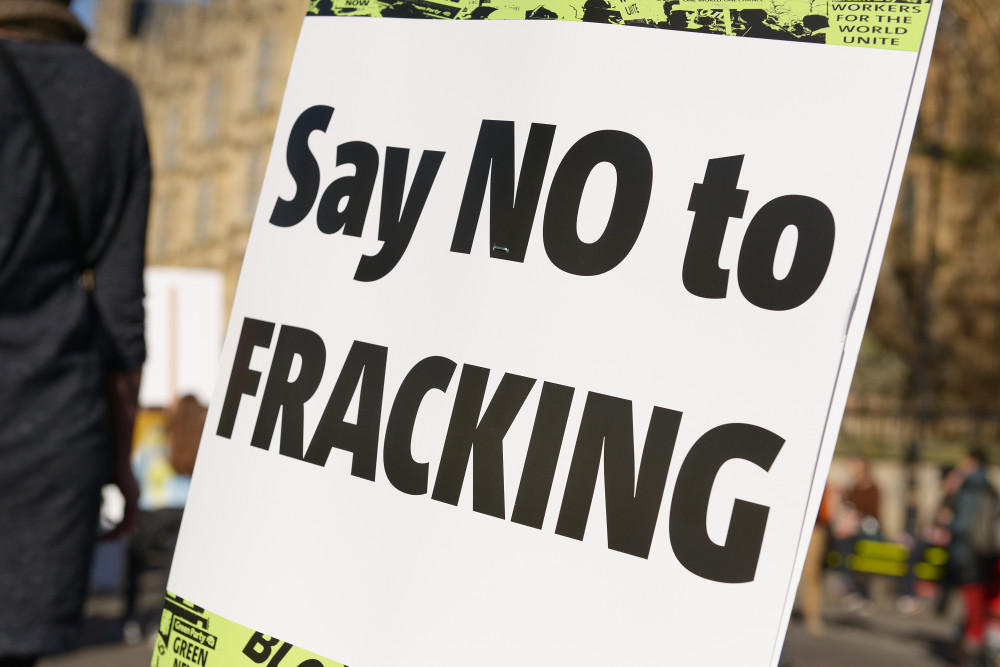 In recent years, evidence has come to light of abuse by undercover officers who have infiltrated the environmentalist and other social movements since 1968, including the Stephen Lawrence Justice Campaign. A recently published database documents the scale, scope and character of the undercover surveillance of political activism. The abuse uncovered so far by activists, independent researchers such as the Undercover Research Group and journalists including The Guardian’s Rob Evans, demonstrates the criminalisation of protest through intimate state surveillance.

Some officers had sexual relationships with their targets in order to seem more trustworthy, a tactic one activist “Jacqui” described as like having been “raped by the state”. Undercover officer Bob Lambert fathered a child with “Jacqui”, before disappearing from her life without explanation.

Another common tactic was adopting dead babies’ identities to build a believable “paper trail” should targets become suspicious. This is something that has horrified and hurt the families of these children. A myriad of other practices have been identified, ranging from officers breaking the law while undercover, to appearing in court under a false identity. These practices have resulted in a number of possible miscarriages of justice. It is suspected that more than 1,000 groups were affected.

A key question in the undercover policing case has been how much senior officers knew about or encouraged the most troubling tactics of these officers. Activists have denounced the government-ordered, yet slow-moving, Undercover Policing Inquiry, calling for the resignation of its chair, John Mitting. Critics allege the lack of transparency, particularly around the anonymity of the police officers during the inquiry, fits into this pattern of state repression.

An Investigatory Powers Tribunal in a case brought by Kate Wilson, an activist deceived into a long-term sexual relationship by undercover officer Mark Kennedy, has been presented with new evidence in recent months that Kennedy’s commanding officers knew of his relationship with Wilson and did not intervene. This adds weight to the belief that a lack of concern for the human rights of protesters is institutionally or culturally endemic in the police.

Patterns of criminalisation also exist elsewhere. The 2016 Trade Union Act dramatically curtails labour rights in Britain. It imposes new higher strike ballot thresholds, including a double threshold for “important public services” such as teachers and energy workers, making it much more difficult to go on strike legally. It also requires unions to give police the names of “picket supervisors”, and makes it easier for employers to use courts to stop strikes.

The 2017 Code of Practice on picketing asks unions to ensure that “no more than six people” are present per workplace entrance, as any more would give rise to “fear and resentment”. These policies were introduced despite the fact that fewer days than ever were lost to industrial action in 2016. This is another way in which the right to nonviolent protest has been eroded.

The privatisation of public space is another means through which rights have been curtailed. The large-scale selling off of public land, and growing prevalence of pseudo-public space, has been condemned by public figures including Labour leader Jeremy Corbyn and Liberal Democrat leader Vince Cable. The use of private security, as well as so-called “civil injunctions” by private companies who find themselves the focus of activism, shows the way that private firms can exploit the system to their own advantage, installing what effectively amount to protest exclusion zones within communities.

The vocal criticism of the verdict and subsequent release of the Lancashire fracking protesters does suggest that opposition is growing.

The ongoing case of the so-called Stansted 15 will add to the overall picture, whatever the result. The defendants allegedly prevented a Home Office charter plane from taking off in March 2017 in order to stop the migrants on board from being deported. They are standing trial on terror charges under the Aviation and Maritime Security Act and could face potentially lengthy jail sentences if convicted.

It’s time we acknowledged this pattern of creeping criminalisation of protest – in the courts and in the streets – as a serious threat to our freedom and democracy.

You can read the original article in The Conversation.

EXPERT COMMENT: Mistrust and earthquakes: why Lancashire communities are so shaken by fracking tremors

Anna Szolucha, postdoctoral research fellow at Northumbria University, explores why the impact of tremors at the Preston New Road fracking site near Blackpool are reverberating so strongly throughout the community living on the surface.