The 2017 French presidential election was destined to go down to the wire and it didn’t disappoint. The traditional political landscape has been shot through by the victory of two outsiders, Marine Le Pen, the candidate of the far-right Front National, and Emmanuel Macron, the new kid on the block.

Under the ashes lie the two mainstream parties, the two pillars of French politics. The Republican right and its candidate François Fillon, marred by scandals, only missed the second spot by a whisker but you need to go all the way down to 6% to find Benoît Hamon, the candidate for Parti Socialiste (PS), the French Socialist Party. He came in fifth position, with a thoroughly humiliating result.

Since 1969, the PS has always been either the ruling party or the largest opposition party. In 1969, its predecessor, the SFIO, reached a nadir and obtained just 5% of the vote. The party rebranded and was rebooted by Mitterrand, who took over in 1971, with a programme much more to the left.

It hasn’t been plain sailing all the way, with the highs of winning elections followed by troughs. The worst was in 1993 when the party collapsed and only obtained 57 MPs out of 577. More recently in 2002 its candidate failed to reach the second round of the presidential election, leaving the Front National’s Jean-Marie Le Pen to face Jacques Chirac. But even then, its candidate, Lionel Jospin, finished in third place in the first round, with 16% of the vote, ten points higher than Hamon.

The PS is renowned for its infighting and party factionalism. It has experienced nasty episodes of civil war, most notably at a 1991 Rennes party conference and a near break-up during the 2005 referendum on the EU constitution, which saw it split in the middle.

More recently, its “rebel” MPs, including Hamon have opposed Hollande’s “pro-business” policies, which they perceived as a betrayal of the promise he made in 2012 to fight the power of global finance. No one really expected any Socialist candidate to win this election. Hollande’s popularity rating reached an all-time low for any president in November 2016 of 11% and has recovered little since. The party has lost ground in all local, regional and European elections since 2012, including a bloodbath in the 2014 municipal elections.

Part of Hamon’s predicament stems from the way he was chosen as the party’s candidate. Hollande was expected to stand for a second term and the other candidates were ready to fight the primary on an anti-Hollande platform. When, faced with dire polls, Hollande threw in the towel, Manuel Valls, the former prime minister, stepped in. The battle pitted two visions of the party, the more moderate and reformist one around Valls, and that of the rebels, represented by Hamon.

Hamon won on a programme designed to get the party squarely back to the left, away from the pro-business reforms carried out by Hollande. He might have won the socialist primary handsomely (with 58.7% of the vote) but it was not long before he was caught in a pincer movement.

On his right, his victory left a boulevard for the centrist Macron, who was able to appeal to the moderate electorate of the PS. And with more and more socialist politicians, opposed to Hamon’s vision, announcing their support for Macron, including Valls, Hamon lost the full support of a strong and organised party.

On his left, Hamon was overtaken by Jean-Luc Mélenchon. He had a much more radical programme, and was not tainted by having ruled the country for five years with limited economic and social results to show for it. Hamon may have left the government in 2014 but his party remains inextricably linked to Hollande’s presidency. With Macron a new face in politics, Mélenchon a much better orator, and Hamon slow to launch his campaign and appearing shy in the two televised debates, the socialists’ voice quickly became inaudible. 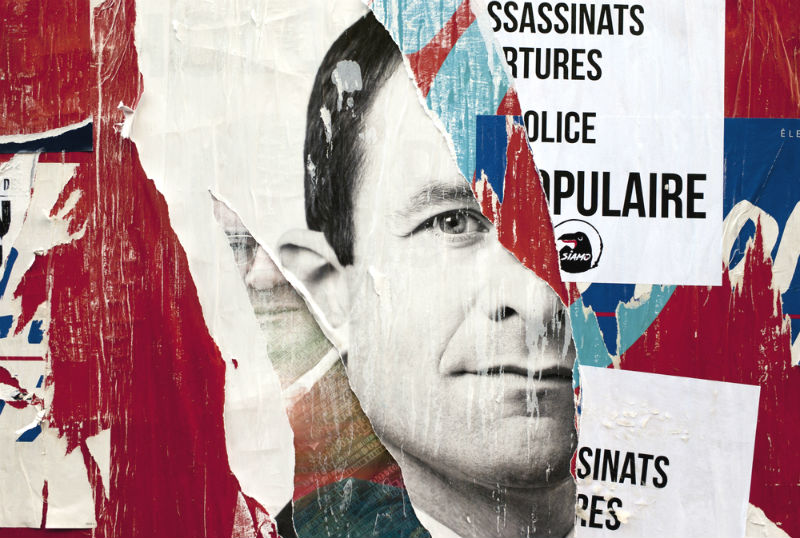 What next for the left?

Now the results are in, the whole of the French left is likely to undergo a radical transformation, with a social-democratic and reformist pole around Macron and a radical left around Mélenchon. This will leave the PS in a very tight corner. With the French media now openly wondering whether the party itself can survive, the 2017 presidential election is likely to be a watershed moment for one of the oldest parties in France. All bets are off as to whether it will reinvent itself once again or suffer a slow and inglorious agony.

The parliamentary elections due in June could provide one possible road to redemption. After all, the PS has always been very resilient after a presidential defeat. Even after its shock rout in 2002, it succeeded in being the second largest party in the National Assembly, with just under 140 seats. This time, however, is likely to prove very different, with two major obstacles in its fight for survival.

Macron might well act as a magnet, with socialist candidates, aware of the toxic brand of their party, tempted to jump ship and seek endorsement from his movement En Marche! The socialists are also faced with the stark erosion of their support at a local level. The number of regions under their control declined from nearly all of them in 2010 to just five in 2015, and the party lost control of more than 140 large towns between 2008 and 2014.

Humiliated, unloved and threatened to be plundered by Macron’s movement, the French socialists stand shivering at a crossroad.

This article was originally published on The Conversation. To read the original article click here. 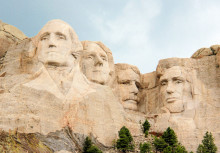