Sebastian Messer, Senior Lecturer in Architecture at Northumbria, writes about architecture in the Northern Powerhouse for The Conversation.

George Osborne’s cuts to disability benefits have been stopped in their tracks, and the chancellor’s grand scheme to reinvigorate the North of England now faces its own challenges.

Osborne’s vision for a “Northern Powerhouse” will see new mayors, improved transport links and a cultural and economic resurgence in northern cities over the coming years. But while it sounds like a liberation for the north, which has long been living in the shadow of London’s economy, there are still big question marks over which cities will actually benefit, and how. Some reckoned that Liverpool, Sheffield, Manchester, Leeds and Newcastle would be included – though there have since been complications.

Even if we set aside these details, competition between the industrial cities of the north has often made meaningful collaboration impossible. If the Northern Powerhouse is to draw out a common sense of regional identity, northerners must be persuaded to overcome the vanity of small differences noisily played out on football terraces during derby fixtures. That’s where architecture can step in: it provides both historical continuity, and a sense of identity. The wealth generated by the industrial revolution is embodied in the proud 18th and 19th-century buildings that define the streets of northern cities. Just think of the classical face of Newcastle’s Literary and Philosophical Society, or the imposing Gothic clock tower of Manchester’s Town Hall. Over the years, buildings like these have helped to foster a sense of local civic pride and communal history.

Now, the new economic resurgence promised by the Northern Powerhouse calls for contemporary architecture which also feels timeless and of its place. Unfortunately, many of the buildings constructed over the last 15 years have proved uninspiring, and the public tends to havelow expectations for new developments.

Many are hidden behind a hotchpotch of “cladding” – a surface applied to external walls for aesthetic purposes. Some of these structures use cladding artificially to break up their visual uniformity, while others – such as 3D Reid’s Trinity Square shopping centre at Gateshead – befuddle the eye with “dazzle camouflage”. Of course, this is not universally true. Lottery and EU-funded landmark cultural institutions, such as the BALTIC Centre for Contemporary Art and the Sage – both on Gateshead Quayside – helped to change the perceptions of Tyneside from post-industrial blight to a green and sustainable party city.

But it is not the cultural buildings which make up the bulk of our built environment. Today, it is mainly private companies or remote institutions such as universities and NHS trusts who have most influence over our cityscapes – and they are more accountable to boards and shareholders than to the general public. So it is these organisations which need to buy into the Northern Powerhouse, not just as an economic or political transformation, but as a social one.

The characteristics of a northern architecture should respond to its landscapes and climate. The glowering hills of the Lake District and the windswept moors of north Northumberland are desolate and sublime – not pretty. Buildings here are traditionally elemental, like the weather. They have to be robust, and consequently they improve with use, wear and patina.

For example, Vanbrugh’s muscular English Baroque found a natural home on the north-east coast, providing a theatrical backdrop to the tragic farces of the Delaval family. This old secondary residence, completed in 1728, is considered by some to be part of the ancestral DNA for Brutalism.

Northern architecture plays out our love-hate relationship with the legacy of the industrial era. For example, the “dark, satanic mills” of William Blake’s Jerusalem are now art galleries and fashionable apartments, having been repackaged as New York lofts for “post-punk kids” by Manchester-based firm Urban Splash. The new architecture of the Northern Powerhouse should seek to unite the citizens of the north, by drawing on the bleak beauty of the landscape, and finding new ways to work through our shared industrial and civic heritage from Victorian times. The Architecture programme at Northumbria University has always been concerned with northern architecture, and recently, masters students have been using their designs to think through the political and social consequences of the Northern Powerhouse.

Michael Dunn’s “workshop for the city” combines the idea of an “urban room” – a space where locals can gather to discuss planning proposals – with an architecture school to assert the importance of making over theory. Constructed on the site of Sir Basil Spence’s 1968 Bank of England northern gold reserve, the workshops are literally carved from the remaining two storey basement and revealed to passers-by.

Drawing inspiration from the Anglo-Saxon period, when the Kingdom of Northumbria formed a strong northern powerbase, students have reimagined traditional guilds as modern-day managers of apprenticeships, to combine traditional skills with high-tech manufacturing and reverse the trend toward casual employment.

For example, Luke Willett’s “guild towers” imagine a future of mass-customisation, with 3D printed concrete and computer-controlled joinery, alongside the traditional skills of stone masonry and barrel-wrights.

The Northern Powerhouse is too awkward a phrase – too much of a soundbite – to come to fruition without the will to find a coherent northern identity. Our students' projects suggest that a uniquely northern renaissance is conceivable – but only if politicians aspire to more than just improving infrastructure and promoting growth. Those who commission buildings need to embrace – rather than begrudge – their civic responsibilities, and for both planners and the public to demand better quality environments. 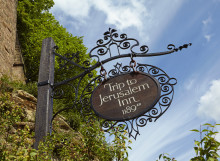