Masters of Architecture student Simon Ward was presented with the £2,000 National Student Designer Award at the Association for Project Safety (APS) National Awards in London in recognition of his work. The awards are intended to encourage continuous improvement in design and recognise excellence in Design and Construction Risk Management with Design professions.

The brief asked students to outline how their design project contributed to reducing and managing risks in the preservation and eventual deconstruction of the building. Students were also challenged to consider pioneering ways in which the risks could be reduced or managed if they could not be eradicated.

Manuel Cresciani, Senior Lecturer in Architecture and Built Environment at Northumbria was Simon’s tutor for this project. He said: “Simon is a brilliant student at Northumbria, and as an active member of the student body Simon knows very well the dynamics of the architectural community of this University.

“Simon’s project is inclusive and inevitable, mature and enthusiastic, respectful but unapologetic. It conveys the ambition of Architecture at Northumbria, embedded in the historical context with an open, unafraid glance to the Future.”

Dr Peter Holgate, Head of Department for Architecture and Built Environment, added: “In winning first prize for the APS Student Award, Simon has beaten off competition from schools of architecture representing the length and breadth of the UK.

“He joins a list of successful student prize winners from Northumbria’s Master of Architecture programme. Our students have submitted entries four times since 2010, and all four entrants have won awards, including two first prizes.

“The Association for Project Safety continues to recognise the fusion of design imagination and authentic technical resolution that exemplifies the quality of Northumbria Architecture graduates and their exceptional works.”

Northumbria’s Architecture courses have an outstanding reputation and are currently ranked Top 10 in the UK by the Guardian. In 2016, Northumbria announced a £52m campus investment, which will include new Architecture Studios at its city campus in the heart of Newcastle, to further enhance the quality of this highly-regarded course.

To find out more about studying Architecture and Built Environment at Northumbria come along to one of our upcoming Open Days or go to: www.northumbria.ac.uk/architecture 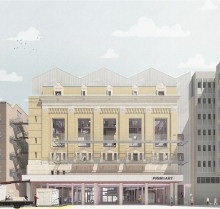 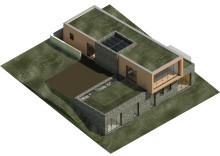