Taking place at the University of Bath, BUCS Big Wednesday saw hundreds of students from 14 sports descend on the West Country for an action-packed day of sport. The event was the culmination of this season’s team sport competitions, with teams from more than 800 leagues having battled it out for a berth in the season finale.

Men’s Rugby League achieved the biggest shock of the Championship by winning against the powerhouse of the last 11 years, Leeds Becket, claiming 2017’s national title in a dramatic 24-18 win. In a match reported on Sky Sports News, Northumbria led a 24-0 lead with half an hour to play, but were forced to fight off a stirring comeback by Leeds Beckett to be crowned the country's best University Rugby League team.

Team’s captain, Sam Luckley, said: “To be finally crowned national champions is a great feeling, as a team we've worked so hard over the years to compete for the title but to finally win is a fantastic achievement. We have been competing in the Big BUCS final for the past few years and we've narrowly lost to Leeds Beckett on both occasions so the win has definitely been a long time coming.

“Leeds Beckett are a very good team and we always expect a tough game when we come up against them so to get that win gave us a strong sense of achievement. I could not ask for a better group of teammates it has been a real privilege to captain the boys and I'm personally very proud of what we have achieved”.

He added: “We've had an outstanding year winning all competitions which include the premier north league, the national 9's and finally the national championship. With having such a successful year it gives us a huge amount of confidence going into next season and hopefully we can repeat what has been a very successful season.”

The Men’s Volleyball final saw an equally nervy finish, with Northumbria surrendering a one-set lead to slip to within six points of defeat. However, at 9-5 down in the fifth and deciding set they rallied, going on a 10-3 scoring run to take the set and the victory.

Other teams that competed on the day included Men and Women’s Football, Women’s Volleyball and M2 Water Polo; all of whom played exceptionally well, ultimately losing by small margins.

Colin Stromsoy, Director of Sport at Northumbria University, reflected on the day: “Our teams competing in the BUCS National Championships in Bath this week without exception did so with integrity, quality and a determination to be successful. At the highest levels of sport, success always comes down to fine margins and for some of our teams, whilst their finals were to end in disappointment they could and should be proud of their achievement.

“Our High Performance Sport programme, Team Northumbria, has achieved the best results in our history and is firmly established in the UK’s top ten universities for sport. Northumbria has invested millions of pounds in world-class facilities and a team of specialist staff - building a professional, high performance sport system that has attracted the very best student athletes from across the globe.” 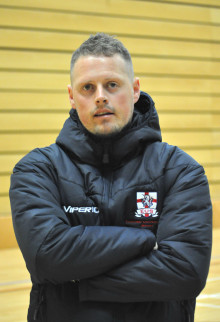 Northumbria named as Centre of Excellence for Women's Football