The group are engaging with school children across the North East through Northumbria’s NUSTEM team, working to inform and educate young people on both the arts and science and how the two can work together.

Now the group will present their work during the Words by the Water festival at Keswick’s Theatre by the Lake, alongside the likes of broadcaster Melvyn Bragg, TV presenter Peter Snow and novelist Salley Vickers.

During the talk solar physicist Dr Richard Morton and NUSTEM director Dr Carol Davenport, both of Northumbria, will team up with poet Katrina and artist Helen in a unique performance – the culmination of the collaboration between the researchers and the artists.

The session will include poetry, art and science, demonstrating how creativity and imagination can help us discover more about the sun and articulate our understanding through a variety of mediums.

In addition, Helen’s visual artwork and Katrina’s poems will be featured within one of the theatre’s gallery spaces for the entirety of the event, which runs from today until Sunday 12 March.

Words by the Water is a 10-day programme of literary talks, lectures, discussions, workshops, book launches and special exhibitions, organised by Way with Words and now in its fourteenth year.

The NUSTEM project is based in Northumbria’s faculty of Engineering and Environment and aims to encourage and inspire the next generation of science, technology, mathematics and engineering students through a wide variety of educational events. For more information about NUSTEM visit https://nustem.uk/. More information about the Imagining the Sun project can be found at http://thinkphysics.org/imagining-the-sun/

Extreme Environments is one of Northumbria’s eight Multidisciplinary Research Themes. Researchers in this area are exploring conditions that challenge the existence of most known life forms on the Earth's surface, subsurface and oceans as well as its atmosphere and in the solar systems.

To find out more about Northumbria’s Mathematics, Physics and Electrical Engineering department and the courses available, visit https://www.northumbria.ac.uk/about-us/academic-departments/mathematics-physics-and-electrical-engineering/ 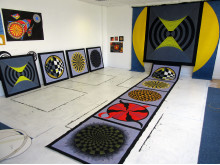 Some of the artwork creat... 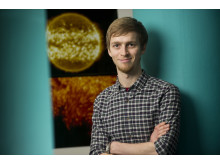