It tells the story of female drag performer Venus Dimilo and her experience as a woman in a male dominated culture and a disabled woman in society, through the art and community of drag performance.

Out of almost 200 submissions, Venus was one of just five shortlisted for the award, which aims to recognise the next generation of short filmmakers. The documentary then went before a panel of BFI and Hiive industry representatives, where it was named winner.

As part of the prize the film was given a special screening at the BFI Future Film Festival – the UK’s most important industry film festival for young filmmakers aged 16-25. In addition, Faye and Magenta will receive industry mentorship and a cash prize of £750.

The pair produced Venus as their final year graduation film while studying on Northumbria’s Film and TV Production degree course. They were supported by a production team which included fellow students Richard Hewitson, Jordan Chang and Thomas Edgar.

Following the BFI success, Venus was also been named the winner of the Editing award in the Royal Television Society’s ‘Regional Student Award: Craft’ category.

Faye said: “I’m so pleased that Venus is being recognised, it’s been really encouraging. Winning such big awards with BFI and RTS was pretty unexpected and we’ve had some great opportunities come off the back of it, which we can’t really discuss yet, but we’re hoping to keep the momentum up and hopefully do a lot more with the film.”

Magenta added: “I’m so proud of what we have achieved with Venus so far, and hope that Faye and I can continue to make films which deal with themes and issues we care about. I’m also incredibly thankful to our subject Sophie for trusting us so much with her story and letting us stick a camera in her face so often.”

Robert Jefferson, Programme Leader for Film and TV Production at Northumbria, said: “There was never any doubt this team would be recognised for their dedication, imagination and human approach. Richard, Jordan and Thomas also made some impressive and mature work too. We can’t wait to see what they all do next.”

Northumbria’s Media Production degree was originally founded in 1986 and has earned a solid reputation for the quality of its graduates. The course’s leading alumni includes cult-director Neil Marshall (Dog Soldiers, Centurion, Game of Thrones), producer Samm Haillay (Better Things, Self Made) and writer Sean Conway (Ray Donovan). For more information about studying Film and TV Production at Northumbria click here. 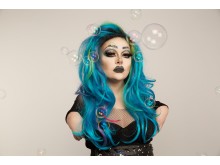 A still from the Venus film 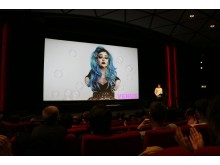 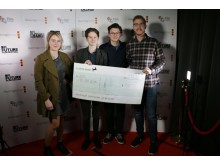