One of the UK’s foremost neuroscientists is to deliver a free public lecture at Northumbria University later this month.

Baroness Susan Greenfield CBE is a scientist, writer, broadcaster and member of the House of Lords who specialises in researching the brain. She is an expert on the physiology of the brain, focusing on the treatment of neurodegenerative diseases, such as Alzheimers’s and Parkinson’s.

In her public lecture, entitled A Day in the Life of the Brain: The Neuroscience of Consciousness from Dawn to Dusk, she will explore how objective events in the brain are processed over the course of a day and realised as subjective experiences.

Baroness Greenfield explained: “Consciousness is the ultimate miracle, however, most people take this subjective inner state for granted without ever reflecting on what is actually happening in their brain.

“This lecture will follow a day in the life of the brain, gaining insights into cutting edge neuroscience, as well as contemplating the future of this type of research and how this will lead to a more meaningful understanding of consciousness.”

A senior research fellow at Oxford University, Baroness Greenfield is an honorary fellow of the Royal College of Physicians, the British Science Association and the London Science Museum. She is a patron of Alzheimer’s Research UK and has been awarded the L’Ordre National de la Légion d’Honneur from the French government and the Australian Society for Medical Research Medal.

Her latest book, Mind Change, focuses on how today’s digital technologies are leaving their mark on our brains.

Northumbria University awarded the Baroness an Honorary Doctorate of Science in 2015 for her ground-breaking research into Alzheimer’s disease.

Baroness Greenfield’s lecture will be held at 6.30pm on Wednesday 20 April in Northumbria University’s Business and Law Building on City Campus East. Admission is free and refreshments will be available from 6pm.

To book a place, visit www.northumbria.ac.uk/publiclectures

COMMENT: If you speak Mandarin, your brain is different 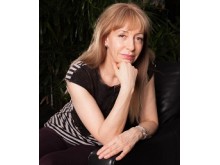