Northumbria has been named as one of the top 351-400 global universities overall in the Times Higher Education World University Rankings 2020, rising from the top 401-500 last year.

This year Times Higher Education has undertaken its largest ever exercise to compile its annual league table. It has reviewed the activities of almost 1,400 universities across 92 countries, measuring their success in teaching, research, citations, industry income and international outlook. The team compiling the rankings analysed 12.8 million research outputs and 77.4 million citations produced worldwide to ascertain the quality of research originating from universities.

Northumbria has climbed 76 places in the last year to rank 173rd in the world for citations. This places it in the top 15% of global universities rated for research citations by Times Higher Education.

The research citations measure demonstrates how often research from the institution is cited elsewhere, highlighting the best performing universities for creating and sharing new knowledge and ideas.

The University also scored highly in international co-authorship, evidencing how often Northumbria experts are conducting original research with colleagues in universities around the world.

Professor Andrew Wathey, Vice-Chancellor and Chief Executive of Northumbria University said that the University’s upward trajectory in these global rankings was evidence of the success of its strategic vision.

“Northumbria’s Vision is to become a research-rich, business-focused, professional university with a global reputation for academic excellence. Just five years ago, Northumbria was rated in the 601-800 group and today we rank within the top 351-400. Our strategic focus and investment to drive both the volume and quality of research we generate have led to this remarkable rise in these global rankings.

“Our performance is proof that we are well on our way to achieving our Vision. Northumbria is a challenger institution which is catching the attention of many within the higher education sector.”

A total of 100 UK universities feature in Times Higher Education’s global rankings, with Northumbria ranked 42nd out of those.

Anyone interested in studying at Northumbria University should register to attend its next Open Day, which will be held on Saturday 28 September. Additional Open Days will be held for potential students in October and November. Visit www.northumbria.ac.uk/openday for more information.

Northumbria University is now ranked in the top 50 of two of the UK’s leading university guides. 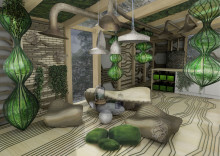 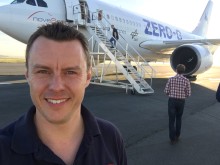 Northumbria recognised for supporting its researchers

​Northumbria University, Newcastle, has retained an international award for the supportive environment it provides for research-active academics.