During the event, the Right Hon Lord Carnwath of Notting Hill will discuss recent environmental case law from senior courts across the world, identifying key themes and challenges.

He will draw on his nearly 50 years’ experience practicing law to examine how the legislative, executive and judicial branches in different countries have responded to international developments in this area of law.

Northumbria has a strong focus on environmental law and green criminology and recently established an Environmental and Global Justice multidisciplinary research group – one of eight groups set up with the aim of conducting world-class research in response to today’s global challenges.

Dr Tanya Wyatt, Associate Professor in Criminology at Northumbria University and Environmental and Global Justice lead, said: “We are really looking forward to welcoming Lord Carnwath to Northumbria – he is an expert in his field and we are delighted that he is able to share his knowledge and experience with us here in the North East.

“Environmental law is an area in which we are currently conducting much research and we will be very interested to hear what Lord Carnwath has to say and how this can feed into our own work here at Northumbria.”

After studying law at Trinity College, Cambridge, Lord Carnwath was called to the Bar in 1968 and took silk in 1985. He served as Attorney General to the Prince of Wales from 1988 to 1994 and practised mainly in planning and environmental law.

Between 2007 and 2012 he was Senior President of Tribunals and led the planning and implementation of the reforms of the tribunal system following the Leggatt report.He is a member of the UNEP International Advisory Council on Environmental Justice and Honorary President of the UK Environmental Law Association.

Northumbria University’s Public Lecture Series celebrates the achievements of leading Northumbria Professors alongside high-profile external speakers such as Lord Carnwath. The speakers involved come from all walks of life and cover a wide variety of topics – from business and economics to health and the arts.

The Environmental Law in a Global Society public lecture takes place from 5.30pm to 6.15pm on Friday 3 March in Northumbria University’s Business and Law Building, City Campus East. Refreshments will be available from 4.45pm and admission is free.

For more information about this and other lectures in the series, or to book a place, please visit www.northumbria.ac.uk/publiclectures 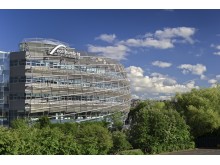