Northumbria University will launch its first ever MOOC (Massive Online Open Course) on October 31 – with more than 4,000 students already signed up.

‘The American South’ will give students from the around the world the chance to experience Northumbria’s excellence in teaching and research as they learn online from experts at the University’s Institute of the Humanities.

The free five-week course, delivered in partnership with Future Learn, will explore the many paradoxes of the American South and help students get to grips with its fascinating history and culture. The course examines the history of slavery, the Confederacy, and the South’s defeat in the Civil War, to racial segregation, and the Civil Rights movement, before moving onto the present day. But it also explores how film, television, music and literature, not mention religion, cooking, climate, guns and sport, have shaped the southern experience. By the end of the course, students will have gained an understanding of the global significance of the South and come to some conclusions about the nature and extent of southern distinctiveness.

Northumbria has a large cohort of American Studies scholars, with a number of experts on the American South, specialising in topics from politics and popular culture to civil rights and southern writing, and from religion to rock and roll.

Brian Ward, Professor in American Studies and a leading expert on US and southern history, is Northumbria’s academic league on the American South MOOC. He said: “The great thing about a MOOC is its reach and flexibility. It is also a great way to showcase the extraordinary research strengths and teaching talent we have in American Studies at Northumbria to a genuinely global audience of learners who want to be informed and entertained.

“With a month to go we already have 4,000 learners enrolled from over 100 countries. They range from A Level students keen to supplement their studies in history, politics, and English and scope out potential destinations for their degrees, to teachers, students, factory workers, members of the military, corporate executives, homemakers and a host of enthusiastic retirees. What unites them all is that they want to participate in some top-quality learning about a fascinating and hugely influential part of the world.”

The American South MOOC, in partnership with Future Learn, will be delivered by experts from Northumbria’s Institute of the Humanities. This cross-disciplinary centre is dedicated to exploring the many facets of what it is to be human and what drives us in terms of culture and creativity.

Research at the University’s Institute of the Humanities brings together the disciplines of Art History, American Studies, Creative Writing, English Language and Linguistics, English Literature, History, and Media Studies. For more information about the Institute go click here.

It is expected that students considering a degree (undergraduate or postgraduate) in Humanities subjects would enjoy and benefit from the American South MOOC. If you want to learn more about the history, literature, politics, film, art and popular culture of the United States, then American Studies at Northumbria is the ideal choice. Whether your interests lie in the Civil War or the War on Terror, Walt Whitman or Walt Disney, this course will help you to develop your critical and imaginative skills in the context of the American experience and its global significances.

Northumbria offers a range of courses in the Humanities, including American Studies. To find out more sign up for one of our upcoming Open Days on 29 October and 26 November by clicking here.

To sign up for ‘The American South’ MOOC, delivered by Northumbria’s Institute of the Humanities and FutureLearn, go to: https://www.futurelearn.com/courses/american-south 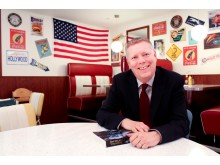 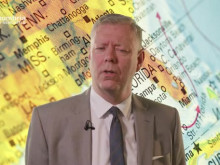