The seminar, held in partnership with New Park Court Chambers, reviewed the Law Commission report earlier this year that concluded the current law was not fit for purpose and recommended a radical overhaul to modernise the test for unfitness. This has not fundamentally changed since the mid-19th Century. It would also change the procedure for dealing with vulnerable defendants who are not fit to stand trial and for the first time introduce a systematic way of dealing with such defendants in the Magistrates’ Courts.

There were presentations from the Law Commissioner who headed up the Unfitness to Plead law reform project, an Australian academic who authored the definitive piece on the Commission’s proposals, a leading consultant forensic psychiatrist who manages medium secure units in the North, two QCs plus other barristers including the past Chairman of the Bar Council and lead counsel on the main fitness to plead human rights case from the House of Lords. The packed room was full of doctors, solicitors, barristers, intermediaries and academics who were fully engaged in debate about the prospects for better systems for dealing with defendants who lack the capacity to undergo a full criminal trial.

The Centre for Evidence and Criminal Justice Studies has been substantially engaged in the law reform project, including extensive contribution to the consultation process and in developing awareness among lawyers, clinicians and other criminal justice professionals. This event further contributed to a deeper understanding of the prospects of law change being implemented and the likely practical implications the new proposals.

A Visiting Law Professor has been appointed as a member of the influential Criminal Cases Review Commission.

Senior lecturer Nicola Wake and Principal lecturer Natalie Wortley led a session entitled, ‘Partial Defences to Murder: Where are we now?’ at the Grange Annual Conference in Ripley Castle, which is organised by Consultant Forensic Psychiatrist Professor Keith JB Rix from the University of Chester.

​Doctor Michael Stockdale from Northumbria University’s Law School has given a lecture to the Criminal Bar Association at the Old Bailey on recent changes in expert evidence law. 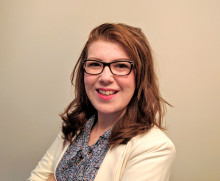 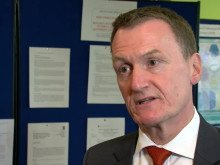