Leading business figures, politicians and academics delivered a lively and hotly contested debate on the merits of a Northern Powerhouse for the North East when they met recently at Northumbria University, Newcastle.

Chancellor of the Exchequer George Osborne has said building a Northern Powerhouse “is a revolution in the way we govern England”. Key to the policy is the devolution of more power to the regions from central Government, including the creation of directly elected majors. Devolution is seen by many as an opportunity to re-balance the UK economy, offering regions like the North East greater prosperity, life chances and health and social parity with London and the South. There is, however, disagreement on whether a push for a Northern Powerhouse is the best way to achieve this.

While some on the panel advocated the need for an elected major as a driving force and strong voice for the whole region, others argued there would be a lack of trust in such a powerful individual, even when it was an elected position. The Northern Powerhouse was described by one panel member as a “big idea with breath-taking ambition” that could make the North as rich as the South and give young people the same life chances. Another member, however, asked whether it was merely a “brand and fashionable label that had become the latest flavour of the month, but that would wither on the vine.”

Challenges ahead were also identified, including competition from an increasingly devolved Scotland and the North East’s capacity to deliver on any potential benefits in a continuing era of austerity and public sector cuts.

Doctor Lorraine Johnston, Senior Lecturer at Newcastle Business School and event organiser, said: “Assembling such an esteemed panel of speakers made for an insightful, productive and at times feisty debate, and we were delighted with the enthusiasm of both the speakers and the audience. Despite the differences of opinion, one area of consensus was that this is an incredibly important issue that will affect us all. Politicians, businesses, academics and the media therefore need to engage far more with the general public. Hopefully this event has contributed to the debate and will help move it forwards.”

In October 2015 the North East Combined Authority – covering County Durham, Tyne & Wear and Northumberland - signed an agreement with the Government to take on more powers. The deal included a financial commitment for the region to receive £30 million a year over the next 30 years, and for North East voters to choose a directly elected major by 2017. A similar deal has been announced in Tees Valley.

​The Chief Executive Officer of Virgin Money is to deliver a public lecture on banking, innovation and the Northern Powerhouse at Northumbria University.

The Chief Executive of Virgin Money has given an inspirational public lecture at Northumbria University, Newcastle, focusing on the need for innovation and positive change.

A Northumbria University business expert, who advises the Government on UK Chinese relationships, is working with Newcastle City Council on investment and trade opportunities for the region.

​Northumbria University’s Newcastle Business School, in partnership with Newcastle College, has just been awarded Government grants to lead on collaboration and trade opportunities between North East businesses and China.

​Businesses in the region are being invited to join leading experts at an international forum hosted by Northumbria University’s Newcastle Business School, exploring trade opportunities with China. 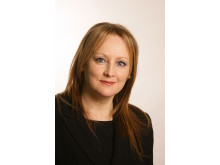