We are pleased to announce the appointment of Baroness Tanni Grey-Thompson as the new Chancellor of Northumbria University, Newcastle. Baroness Grey-Thompson takes up her duties on 27 July 2015.

The 11-times Gold Medal winner was appointed Chancellor by the Board of Governors earlier this year, and succeeds Lord Stevens of Kirkwhelpington, former Commissioner of the Metropolitan Police, who has served the University with distinction in this role over two five-year terms.

Baroness Grey-Thompson has competed in five Paralympic Games and is acknowledged as one of the most gifted and courageous sportswomen of her generation. In addition to her outstanding Paralympic achievements, she won the London Wheelchair Marathon a total of six times between 1992 and 2002. Following retirement from athletics she has played a prominent role in public life, and became Dame Tanni Grey-Thompson DBE in recognition of her services to sport in 2005. In 2010 she was elevated to the House of Lords as a crossbench peer and takes an active part in debates, with particular focus on sport, disability, health, welfare, and youth development.

Commenting on her appointment Baroness Grey-Thompson said: “It’s a great honour to be appointed Chancellor of Northumbria University. In my career I have tried to inspire young people to be the best that they can be, to take chances and to bring about positive change in society, so the chance to become closely involved in a major university is a wonderful opportunity to continue that work.

“Northumbria is known as a centre of innovation, of diversity and of research and I hope I can carry on the good work that Lord Stevens instigated in making Northumbria a known force in education at home and overseas.”

Professor Andrew Wathey, Vice-Chancellor and Chief Executive of Northumbria University, added: “Tanni is an inspiration to millions around the world and we are delighted she has agreed to become the University’s Chancellor. Her achievements in sport, and now as a champion for diversity, youth and wellbeing, will enrich the life of the University and she will be an inspiration for our students, graduates and staff across the world. We look forward hugely to working with her.

“On behalf of the University I would also like to take this opportunity to extend my appreciation to our outgoing Chancellor, Lord Stevens, who has been a tireless champion of the University over the past 10 years. We have much to thank Lord Stevens for, in particular his help in building relationships with overseas partners and in raising our international profile.”

Lord Stevens has had a long association with Northumbria University and was awarded an honorary degree of Doctor of Civil Law by the University in 2001. 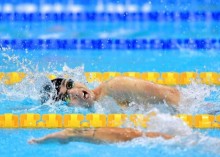 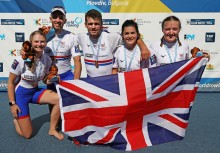