A prototype engine based on a solid-to-vapour transformation, which could be used for harvesting energy on the surface of Mars and other extreme environments, is being developed by scientists at Northumbria University.

Researchers from Northumbria University and the University of Edinburgh have secured a total of £857k in grant funding from the UK’s Engineering and Physical Sciences Research Council to research a working prototype based on their pioneering technique, which they first proposed in a paper published in the journal Nature Communications.

Over the next three years, the leading research team, consisting of Northumbria’s Professor Glen McHale, Dr Rodrigo Ledesma-Aguilar and Dr Gary Wells, will work with Professor Khellil Sefiane, Professor Anthony Walton and Dr Adam Stokes at the University of Edinburgh to develop the principles of a working engine.

Dr Rodrigo Ledesma-Aguilar said: “This exciting project will see us combine theory and experiment to bridge concepts across Physics, Materials Science and Engineering to produce a new type of engine. With our collaborators at Edinburgh, we are aiming at producing a disruptive approach to energy production and harvesting in extreme environments.”

Unlike traditional engines, the prototype will produce energy based on the “Leidenfrost effect” – a phenomenon which happens when a liquid comes into near contact with a surface much hotter than its boiling point. This effect is commonly seen in the way water appears to skitter across the surface of a hot pan, but it also applies to solid substances, such as carbon dioxide which is commonly known as dry ice. Blocks of dry ice are able to levitate above hot surfaces protected by a cushion of their own vapour. Northumbria and Edinburgh’s research proposes using the vapour created by this effect to power an engine.

If the project is a success, the exciting implications include fuelling work in extreme and alien environments, such as outer space. It could be used to make long-term exploration and colonisation of planets such as Mars sustainable by using naturally occurring solid carbon dioxide as a resource. If this could be realised, then future missions to Mars wouldn’t have to be a ‘one-way’ trip after all.

While dry ice is not abundant on Earth, increasing evidence from NASA’s Mars Reconnaissance Orbiter (MRO) suggests it may be readily available in large quantities on the surface of Mars as suggested by the seasonal appearance of gullies on craters of the red planet. If utilised in a Leidenfrost-based engine dry ice deposits could provide the means to create future power stations on the surface of Mars.

Writing for The Conversation, Dr Ledesma-Aguilar discussed this idea in detail. He said: “NASA scientists have recently shown the likely existence of boulders of solid dry ice on Mars. Future power stations on Mars could exploit this solid CO2 to harvest the energy from the sublimation phase change as dry-ice blocks evaporate.”

The team at Northumbria believe one of humanity’s biggest challenges this century will be finding new ways to harvest energy, especially in inhospitable locations. Future Engineering and Extreme Environments are two of Northumbria’s key Multi-Disciplinary Research Themes (MDRTs) aimed at supporting disruptive technologies and research such as the Leidenfrost-engine concept driven by the research team.

Dr Gary Wells explains the unique properties of an engine based on this phenomenon: “The working principle of a Leidenfrost-based engine is quite distinct from steam-based heat engines; the high-pressure vapour layer creates freely rotating rotors whose energy is converted into power without the need of a bearing, thus conferring the new engine with low-friction properties."

Professor McHale said: “This project has the potential to achieve real-life impact in a number of fields, ranging from deep-drilling technologies to space exploration. Our inter-institutional team across Northumbria and Edinburgh brings together the necessary expertise across disciplines, and will place the UK at the forefront of this new and exciting field of research.”

Professor Khellil Sefiane, from the University of Edinburgh’s School of Engineering, added: "The fundamental contribution of generating power from dry-ice is a transformational one. This addresses the long standing challenge of generating sustainable power for space exploration by using our concept of a Leidenfrost engine."

Northumbria offers courses in Physics and Physics with Astrophysics, as well as in wide range of Science, Technology, Engineering and Mathematics (STEM) disciplines and recently invested £6.7m in state-of-the-art STEM laboratories and technology. For more information about studying at Northumbria go to: https://www.northumbria.ac.uk/about-us/academic-departments/mathematics-physics-and-electrical-engineering/ or sign up to one of our upcoming Open Days.

Academics at Northumbria University, Newcastle have been awarded more than £350,000 to carry out research which aims to eradicate the practice of Female Genital Mutilation (FGM). 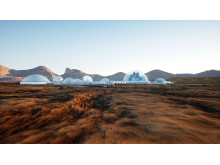 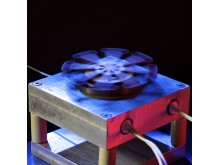