The event will focus on ideas which have changed the course of history, through the theme of Lightbulb Moments, with a variety of speakers including artists, academics and industry experts.

Professor Kyffin will open the event on Friday with a talk focusing on the power of design and industry to transform society and instigate change, specifically through the context of the future of higher education.

Joining Northumbria University in 2010, Professor Kyffin has strong links with Eindhoven, having worked for Royal Philips Electronics from 1998. The company was founded in the city in 1891 and during his time there, Professor Kyffin led the company’s world-wide design research programme as Senior Director of Design Research and Innovation.

He also previously held the role of Director of the Industrial Design Department at the Royal College of Art in London, and joined Northumbria as Dean of Northumbria’s School of Design, before becoming Faculty Pro Vice-Chancellor for the Faculty of Arts, Design and Social Sciences in 2012 and Pro Vice-Chancellor (Business and Enterprise) in 2016.

He said: “To be invited to speak at a TEDx event is a huge privilege, especially one that takes place in my ‘home’ city. During my career I’ve worked in private consultancy, industry and academia and hope to share what I’ve learnt in that time and how I believe innovation and design needs to adapt in the future in order to lead in responding to the changing needs of society.”

During his talk, Professor Kyffin will also discuss the role of universities as places to test new ideas in relation to design – a view he developed and continues to drive since his time at the Royal College of Art.

He added: “Universities play a key role in providing new research, data, and approaches, which will enable those working within the design profession to respond to the opportunities offered by new technologies and ideas.

“It is vital that Universities re-establish their place as a testing ground to trial new perspectives and approaches, something we are doing here at Northumbria in a variety of ways.”

TEDx events are based on the well-known TED (Technology, Entertainment, Design) talks, but planned and held independently in locations all over the world. They feature a variety of speakers and videos, with the aim of sparking discussion and connection.

TEDxEindhoven 2017 will be streamed live, allowing thousands of people from across the world to hear the speakers and join in with the debate.

Professor Kyffin continues to maintain links with Eindhoven and chairs the Industrial design Faculty’s International Advisory Board at Eindhoven University of Technology. Earlier this year he was awarded the prestigious ‘Support Inspire, Achieve’ Award by the Institution of Engineering Designers (IED) in recognition of his work encompassing academic learning, research and industrial practice; in particular, his decision to commit to contributing to the leadership of the design discipline from within the academic context.

Find out more about the Northumbria School of Design here or come along to a Northumbria University open day. 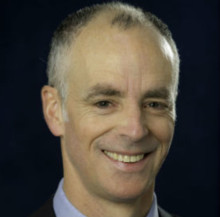 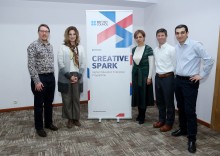 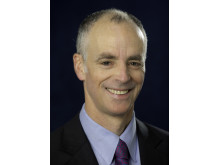