A lawyer from Saudi Arabia working on some of the world’s largest corporate deals has thanked Northumbria University’s Law School for his international career success.

Sultan Akbar graduated from Northumbria Law School in 2011 with LLB (Hons). He is now practicing corporate law with Hogan Lovells, one of the world’s top ranked legal firms, from its offices in Jeddah. Specialising in corporate and commercial transactions, Sultan was involved in one of the largest deals of 2015 with General Electric’s acquisition of French energy giant Alstom for around $18 billion. He attributes much of his success to the support and help of the academics and the facilities at Northumbria, especially at the beginning of his studies when as an international student he faced some early challenges.

He said: “Looking back I probably didn’t have all the language skills I needed in 2007 and I had to re-take my first year. However, the academics were very supportive and understanding, and provided all the guidance I needed to navigate through the initial challenges. With their help there were no more resits. The quality of the lectures, the learning materials and IT support were also excellent. In 2007 the Law School also moved into its striking new city campus building with its fantastic facilities, which was an experience in itself.

“Graduating from Northumbria Law School provided me with an ideal platform for employment and career development, culminating in the past year with Hogan Lovells. Working on some of the largest corporate mergers, acquisitions and shareholder agreements in a law firm with a genuinely global reach has given me a very rich experience, and one I am grateful for.”

Professor Kevin Kerrigan, Executive Dean of Northumbria Law School, added: “Providing our graduates with the best possible career prospects is a key priority for us. At the same time we want to ensure the time they spend with us here as students is both academically and socially rewarding, an experience they will treasure for the rest of their lives. Hearing of the success enjoyed by Sultan and many other alumni is wonderful and means a great deal to all staff in the faculty. Graduating in law is not easy so success is richly deserved.”

Hogan Lovells has 2,500 lawyers based in offices on six continents providing a diverse range of legal expertise. It has been ranked in the top 10 global brands of the legal profession, in between DLA Piper and Skadden Arps, according to market research company caritas. Sultan is an Associate based in the Jeddah office. He has broad-ranging experience of corporate and commercial transactions within the Kingdom of Saudi Arabia, and specific experience in employment law and litigation. He works closely with the Saudi Arabian General Investment Authority (SAGIA) and has filed numerous major applications in Saudi Arabia.

A Law expert at Northumbria University, Newcastle has been nominated in the prestigious UK Blog Awards 2016.

​Northumbria University, Newcastle, is proud to be hosting the 51st Annual Conference of the Association of Law Teachers (ALT). 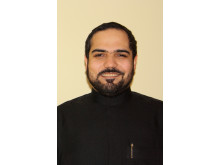