Rod Thomas, who is based at Northumbria’s Newcastle Business School, was invited to speak at the two-day-long symposium on ‘Karl Popper and the Problem of Change in Science, Society the State, and Faith’ which was organised by Dr Halil Rahman Açar and hosted by his Research Institute for Philosophical Foundations of Disciplines.

Speakers from the UK, USA, Turkey, Israel, Iran, Italy, Egypt, Germany, Ukraine, and elsewhere came together to explore Sir Karl Popper’s philosophy of open society, tolerance, and dialogue at a critical time of conflict in the Middle East.

Popper is widely regarded as one of the 20th Century’s greatest philosophers and in 1945 wrote ‘The Open Society and its Enemies’ – a defence of liberal democracy and a powerful attack on the origins of totalitarianism.

According to Rod Thomas - who had previously written about how Popper’s anti-authoritarian philosophy is relevant to business management - the philosopher’s arguments have proved timeless and are widely read in the Middle East today, just as they were in Eastern Europe prior to the collapse of the Soviet Union.

He said: “As an Austrian émigré from Nazism, Popper thought it was vital to understand how and why totalitarian movements can come to dominate a society of people. I spoke about why technological and economic change places a strain on all societies, and why Popper’s ideas are so important to thinking about the problem of historical change.

“I was delighted to be able to participate in an event of this kind, involving so many scholars from nations that have so often struggled to have a respectful dialogue with one another - all before an audience of local Turkish people who were able to participate.

“I think Sir Karl Popper would have loved it and I congratulate Dr Açar for having the courage to organise it. Wherever we look, we seem to desperately need more opportunities for negotiation, dialogue and debate. The world’s universities need to play their part in enabling this to happen.”

The symposium in Turkey was very much in the spirit of this year’s Nobel Peace Prize, which was awarded to the Tunisian National Dialogue Quartet – a coalition of organisations that made a contribution to the peaceful change in Tunisia, through peaceful dialogue across political and religious divides, at a time when the country was on the brink of civil war. 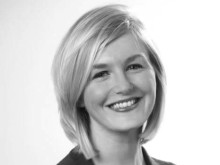 Northumbria staff and students ‘impress’ in the Ukraine

​A team of Northumbria staff and students recently attended a national event in Kiev to mark the culmination of the three-year IMPRESS project.