The symposium, which takes place next week to coincide with Holocaust Memorial Day, will look at how art, music, film, human rights and politics can all be used to shape our understanding of, and participation in, acts of memorial.

Organised by Northumbria academics Jane Arnfield and Richard Kotter, the Dogma of Memory symposium takes place on Monday 23 January and is part of Defiant Voices – Changing Lives through Creativity, Culture and Conference, a programme of events organised by The Forge and being held to mark Holocaust Memorial Day on Friday 27 January.

Jane, who is Subject Head of Performance Film & TV and Associate Professor of Theatre & Performance at Northumbria, said: “The aim of the symposium is to develop new ways of viewing and participating in memorial events which will allow us to embed memorial activities continuously throughout the year rather than focusing on one particular flagship day.

“We also hope the event will generate a wider interest in the Holocaust and remembrance amongst the general public, especially younger people, and make the ideas and research generated by the academics taking part more accessible.”

The Dogma of Memory symposium was inspired by the theatre production of The Tin Ring, which tells the story of Zdenka Fantlová, one of just a handful of Holocaust survivors still alive today.

Born in Czechoslovakia, Zdenka was 17 when the war began. She was given a tin ring by her first love, Arno, which she kept as a symbol of truth and hope from Terezin to Bergen-Belsen. The story was adapted for the stage by Jane Arnfield and theatre director Mike Alfreds.

Another major inspiration for the event was the work of the US based organisation The Defiant Requiem Foundation, set up by Murry Sidlin in 2002. The Foundation aims to preserve the memory of prisoners from the little known Terezín Nazi concentration camp, who despite monumental suffering, fought back though art and music by staging plays, composing opera and forming a choir, the members of which learnt and performed one of the world’s most difficult and powerful choral works, Verdi’s Requiem.

The academics speaking at Dogma of Memory specialise in genocide, memorialisation and healing and during the event the stories of survivors of trauma and catastrophe will be shared through a variety of mediums.

Jacob Podber, Associate Professor at Southern Illinois University, will discuss how memory is portrayed through film while Murry Sidlin, of the Defiant Requiem Foundation, will focus on memory and music. Jane Arnfield and Richard Kotter, who is a Senior Lecturer in Economic and Political Geography at Northumbria, will also both speak at the event discussing memory and art and memory and human rights and politics respectively. Conference support will be provided by final year NPA student Vaitiare Millmore.

The symposium, which has been part funded by Northumbria’s Teaching Quality Enhancement Fund with additional support from Durham County Council and The Forge, will be chaired by Úna Henry – a curator and writer currently studying for her doctoral degree in Fine Art at the Ruskin School of Art at St Hugh’s College, University of Oxford.

Jane Arnfield added: “We hope the symposium will demonstrate how it is possible to both interrogate memorial practice and ensure that it does not tend towards stereotypes by uncovering and raising awareness of cultural stereotyping. We aim to offer alternatives to developing and supporting attitudes and behaviour connected with dangerous cultural stereotyping.”

The Dogma of Memory symposium takes place on Monday from 3pm to 5pm at The Gala Theatre Studio in Durham. It is a free event and is open to everyone – please email heather@intheforge.com to book a place. 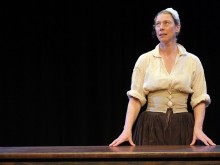 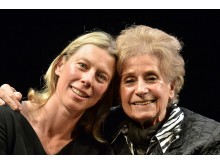