The GeNErosity Festival of Philanthropy and Giving launches in the North East tomorrow.

The first of its kind in the UK, this unique celebration of philanthropy and giving will feature 50 events from Berwick to Teesside celebrating what philanthropy has done for the North East, from the middle ages to today, as well as looking at what giving money and time could do for the region in the future during increasing times of austerity. The festival will launch tomorrow, Wednesday 7 November, with an event in The Great Hall of the Discovery Museum, with a presentation exploring the North East Philanthropy Story.

Attendees at the launch will also be able to follow it with a trip on Northumbria University’s Generosity Trail showcasing philanthropic partnerships at the University. 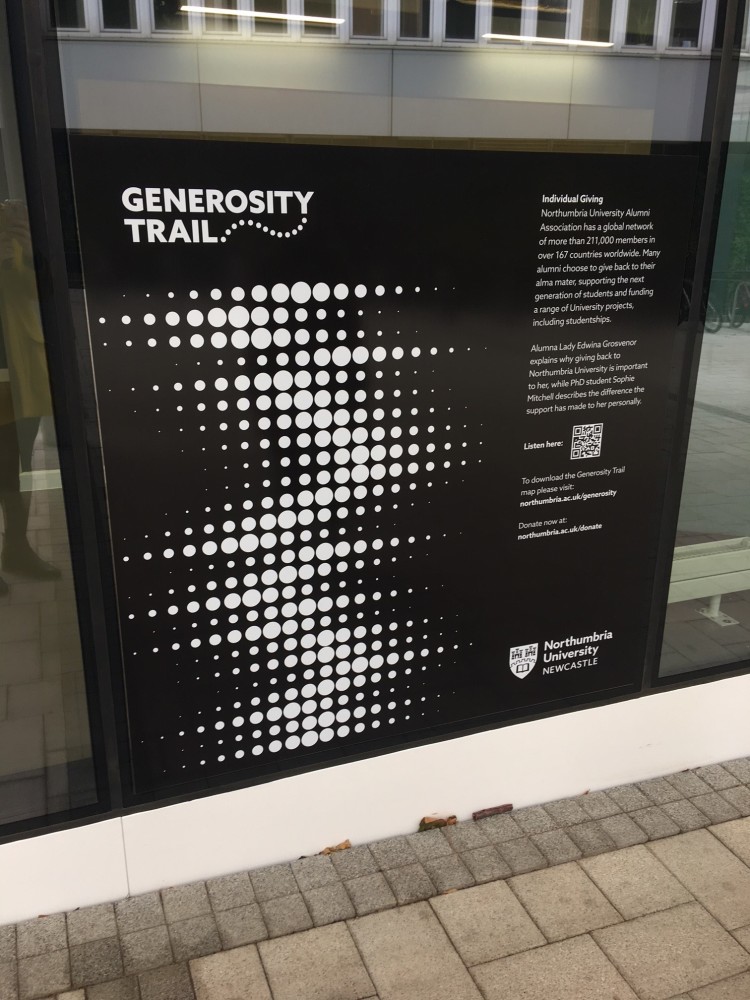 Throughout six locations on Northumbria’s City Campus, the interactive Generosity Trail allows visitors to access audio recordings via a QR code at each location. Listen to University donors, beneficiaries and student volunteers explaining about their motivations to donate and the positive impacts it has had. Download the Generosity Trail map or find out more here.

The GeNErosity Festival runs from 7-27 November and is presented by the Community Foundation Tyne & Wear and Northumberland, and Newcastle University, and is supported by partners including Northumbria University. 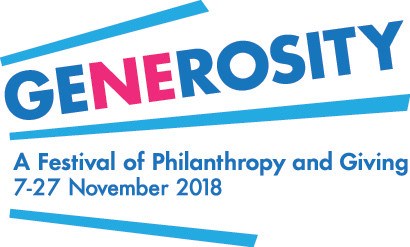 A spokesperson for the festival said: “Many landmarks, buildings and parks were donated by acts of giving across the North East. Places like Jesmond Dene in Newcastle, Bowes Museum in Barnard Castle, and the Hospital of God at Greatham wouldn’t exist today, if it hadn’t been for philanthropists giving their money and time.

“But the festival isn’t just about the past. Philanthropy and giving continues to inspire the region today. Wealth from land, mining, shipping, industry and trade has been invested philanthropically over hundreds of years but Modern-day philanthropists and givers are just as vital to north east England as their forebears, now more than ever. The festival will ask what philanthropy can do for the region now, with several events showing attendees how to get involved either as individuals or through their businesses.”

Events will continue throughout November, leading to the final headline event of the festival at Northumbria on 26 November. The Great Philanthropy Debate is hosted in the University’s Great Hall at Sutherland Building and will see four speakers debate if philanthropy is always a force for good. This Oxford-Union-style event will see two opposing sides debating a motion, with contributions from the audience. The confirmed debaters are: Dr Beth Breeze, Director of the Centre for Philanthropy at the University of Kent, Professor Diana Leat, associate of the centre for the Study of Philanthropy at St Andrew’s University, Dr Karl Wilding, Director of Public Policy and Volunteering at the National Council for Voluntary Organisations and Professor Roger Burrows of Newcastle University. Rob Williamson, CEO of the Community Foundation Tyne & Wear and Northumberland will be in the chair.

The festival will close on 27 November, which also happens to be International Giving Tuesday. Pledge cards can be downloaded from the festival website or picked up at events throughout the festival. To see the full line up of events and to book go to www.generosityfestival.co.uk you can also download a pledge from to pledge on the 27 November.

You can download Northumbria University’s Generosity Trail map or find out more here.