A documentary film screening at Northumbria University next week chaired by Newcastle MP Chi Onwurah will help raise awareness of the impact of immigration laws on multi-cultural Britain.

Directed by Orson Nava, Everyday Borders explores whether the peaceful coexistence of multi-cultural Britain is under threat as more members of the public are being asked to perform what amounts to the role of UK border guards. Next week’s event has been organised by senior lecturer Dr Kathryn Cassidy alongside Northumbria's Social and Cultural Geographies Research Group and reflects one of the ways in which academics are seeking to address contemporary issues of social inequality. The film has been shown at a number of UK universities to help raise awareness of immigration, especially among students and young people.

Chi said: “I’m delighted to chair this special screening of Orson Nava’s film Everyday Borders. The impact of the 2014 Immigration Act on multi-cultural Britain is an incredibly important and prescient topic and I’m glad to see that Northumbria University is helping to raise awareness of these issues among its students and staff by screening this film.

“International students are hugely important to UK universities like Northumbria and help make our campuses more vibrant and diverse so this screening, and others like it across the country, will help send a positive message.

“We all have a role to play in ensuring Britain’s remains the peaceful and multi-cultural society we know it to be and I’m very happy to be able to support this screening and panel debate.”

Dr Kathryn Cassidy, from Northumbria’s Geography department, said: “The timing of this screening and debate could not be more crucial, as a further Immigration Bill has recently passed its third reading in the House of Lords and is in the process of becoming law. We are grateful to Chi for agreeing to chair this screening and debate and raise the profile of these issues for communities in our region and elsewhere.

“Research undertaken by myself and colleagues at the University of East London as part of the EUBorderscapes project has shown that this legislation presents the biggest threat to the conviviality of multicultural Britain for decades. Under the 2014 Immigration Act and the 2015-16 Immigration Bill ever more of us are being forced to act as agents of the state or untrained border guards in our everyday lives; checking the immigration status of our employees and colleagues, patients, tenants and students.

“Our research has shown that the 'hostile environment' that this legislation seeks to create is not limited to undocumented migrants but reaches deep into British society, creating suspicion and fear across our communities. It is for this reason that we seek to highlight that this is a debate of interest not only for those concerned with social justice for migrants, refugees and asylum seekers but for us all.”

Everyday Borders was made in conjunction with the Southall Black Sisters, Migrant Rights Network and the Refugee and Migrant Forum of Essex and London. It is free and accessible to the public via video sharing website Vimeo. The team behind it are urging people not only to view it, but to download it, organise showings and advertise it via social media. Watch the film here.

Northumbria’s screening of Everyday Borders and panel debate will take place Tuesday 29 March from 5.30pm to 8pm at City Campus East, Newcastle. To book a place at the screening and panel debate go to: https://citizenborderguard.eventbrite.co.uk 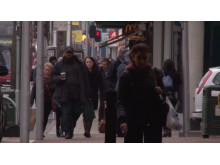 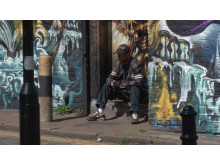 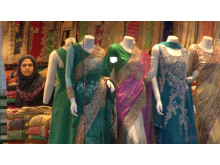