Music and dances composed by an eighteenth-century dancing master will be brought back to life during an event in Newcastle later this month – with members of the public invited to come along and take part.

Originally from Edinburgh, Abraham Mackintosh moved to Newcastle in 1797, with the people and places of Tyneside forming the inspiration for much of his music.

During the late 1700s Scottish dancing was a fashionable past-time in the North East and Mackintosh counted some of Newcastle’s most important families among his pupils.

Now a collection of his music, housed at Newcastle’s Lit & Phil, will go in display as part of the Dancing on the Tyne exhibition, organised by music academics from Northumbria University and held as part of the national Being Human festival.

Visitors will be able to find out more about why Scottish dancing became popular in the North East, and how being closer to Edinburgh than London helped shape Newcastle’s cultural heritage and identity.

There will also be an opportunity for people to don their dance shoes and actually have a go at performing some of Mackintosh’s dances and tunes.

Music historian Dr Katherine Butler teaches on Northumbria University’s new Music degree and believes the interactive nature of the exhibition will allow people to connect with Newcastle’s musical past.

She said: “The theme of this year’s Being Human festival is ‘Discoveries and Secrets’ and so it seemed the perfect opportunity to unearth this wonderful collection of music and dances, that has such a strong link to the North East, and bring it back to life.

“I’m sure many local people may will recognise the names of places and people referenced in Mackintosh’s work – they might even spot some of their ancestors in there!”

The exhibition will be held at the Lit & Phil from Thursday 14 to Saturday 23 November.

On Friday 22 November an open evening will take place from 5.30pm to 7.30pm during which members of the public will have the opportunity to learn some of Mackintosh’s tunes and dances.

A similar workshop will also be held earlier in the day for local schools and colleges, giving pupils the opportunity to explore this North East tradition. The exhibition and events are all free of charge.

James Smith, Music Librarian at the Lit & Phil, said: “Once again the Lit & Phil is delighted to be taking part in the Being Human Festival. Dancing on the Tyne gives us a great opportunity to showcase some musical gems from our collection, as well as highlight the important connections people associated with the Lit &Phil had in Newcastle’s musical circles. We also welcome the chance to entice new faces of all ages into our historic building.”

Find out more about Dancing on the Tyne and book tickets.

Being Human is the UK’s national festival of the humanities, led by the School of Advanced Study, University of London in partnership with the Arts & Humanities Research Council and the British Academy.

As well as Dancing on the Tyne, Northumbria University is organising three other events as part of the Being Human festival:

Find out more about Being Human events at Northumbria University.

Northumbria University’s Music BA (hons) and Foundation Year degrees launch in September 2020 and is thought to be one of the first new music degrees established at a UK university in several decades.

In addition, they will include the business-related skills students need to forge successful careers as freelance musicians, such as tax and finance, contract management, copyright, and promotion and marketing. Also distinctive is an emphasis on music education with students training to teach their instrument or voice.

For more information come along to the Northumbria University Open Day on 23 November.

Keep up to date with the latest news from Northumbria Music team on twitter @NorthumbriaMus. 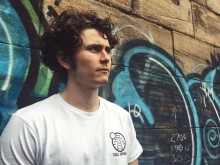 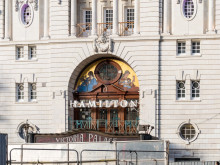 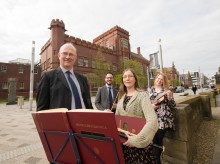 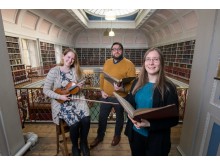