Professor Tanja Bueltmann, Associate Pro Vice-Chancellor (Knowledge Exchange) in Arts, Design and Social Sciences, will chart the history of these migrants in her inaugural public lecture on Monday 19 March, exploring how people from across the British Isles set up new lives around the world and established global networks.

She said: “Migration is a daily topic of conversations in the UK at the moment, but these conversations tend to ignore the long history of migration from the UK. This lecture looks at that history through the lens of English and Scottish migration, exploring in particular how their ethnic clubs connected these migrants and made them ‘citizens of the world’.”

Britons took their skills, language and cultural practices with them in the same way migrants do today, making home in new worlds. The forming of ethnic associations, such as St Andrew’s and St George’s societies, quickly became a defining characteristic of the English and Scottish immigrant communities they built around the world. This was a world that was connected and it was through ethnic clubs - and the networks and links they enabled - that both the English and Scots became global.

Within this wider context, Professor Bueltmann’s lecture will chart the nature, extent and character of English and Scottish ethnic societies, in what scholars call, the British World. Her lecture will explore the associations’ main activities, including their charitable work, collective mutual aid, and their national celebration. In particular, the lecture will show that, while they are ethnic societies at heart, these associations served a range of much wider civic, political and social functions. In combination, the history of these clubs can also inform our thinking about present-day UK identity politics at home.

Professor Bueltmann studied at the Universities of Bielefeld (Germany) and Edinburgh for her MA in British Cultural Studies, History and Sociology, and then moved to New Zealand to pursue her doctoral research on the country's Scottish immigrant community. Funded by the New Zealand government, she completed her PhD at Victoria University of Wellington at the end of 2008. Returning to Europe thereafter, she was appointed to join the History team at Northumbria in early 2009 and was promoted to Professor in History in 2017.

As a historian of migration and diaspora, Professor Bueltmann’s main research interests are in the cultural and social history of Scottish, English and German immigrant communities. She is also a prolific commentator on wider social and political issues linked to migration, and has written for the Guardian and The Conversation among others. Professor Bueltmann’s public lecture is taking place on Monday 19 March from 6.30-7.30pm in the Design Building CCE2 at Northumbria’s City Campus East. To book a place click here or email: nu.events@northumbria.ac.uk

Living Legacies of the First World War: The North East and Beyond

A new exhibition bringing to light previously unexplored legacies of the First World War here in the North East will open at Northumbria’s University Gallery next week. 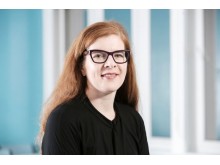